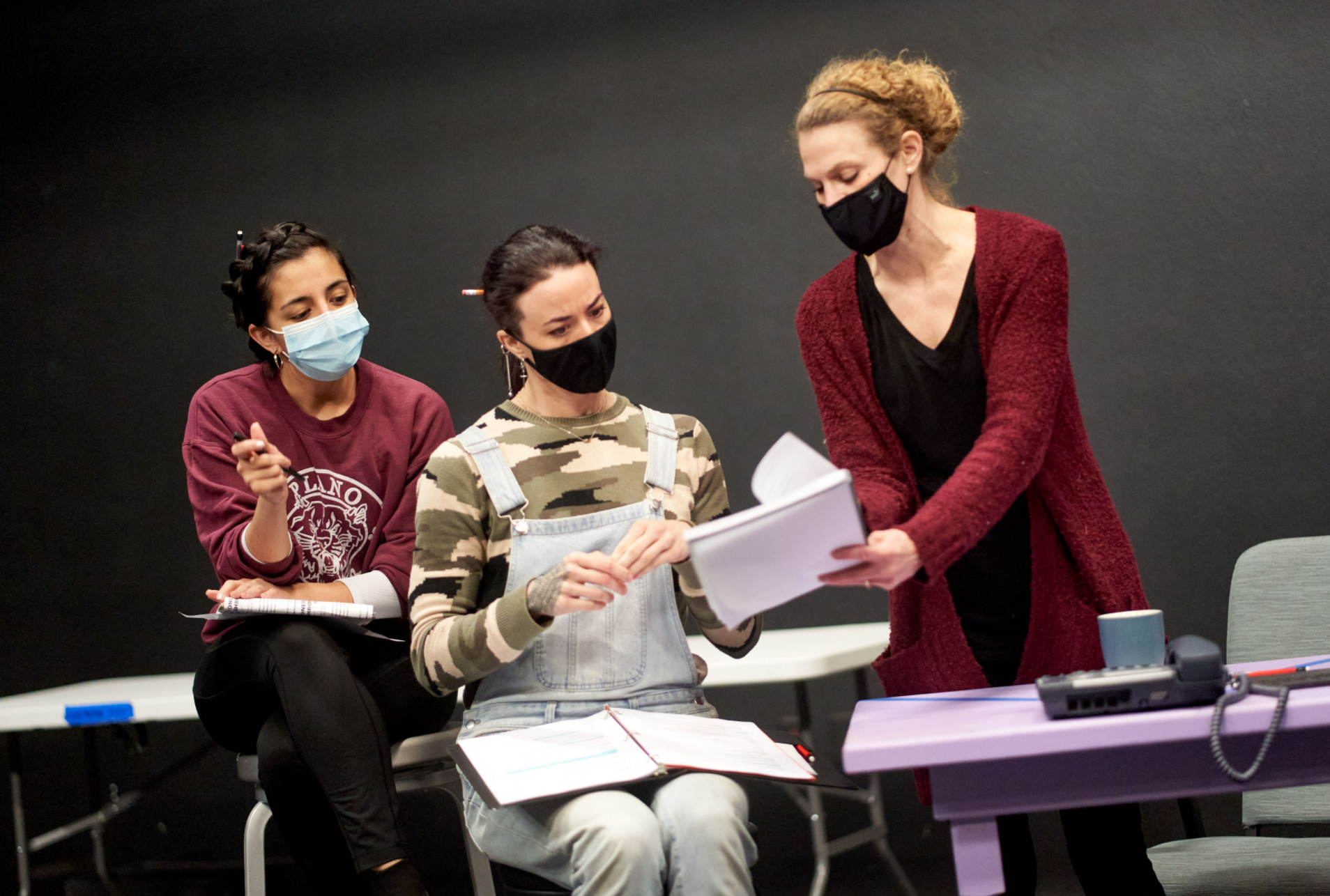 DALLAS/FORT WORTH, Texas (January 21, 2022) – Amphibian Stage celebrates the launch of their 2022 mainstage production season with tickets to the world premiere performances of The Pleasure Trials (February 11 – 27) by playwright Sarah Saltwick on sale now. The Pleasure Trials is an important premiere for the company as it marks a full circle partnership between Saltwick and Amphibian from early creative support in 2016 during the developmental reading of the play where the playwright workshopped the piece with actors and a live audience to the first professional staging of the work next month.

When asked about the importance of bringing this production to North Texas audiences, Amphibian Stage Founder and Artistic Director Kathleen Culebro said, “Sarah Saltwick brings something so unique to her stories-you’ll leave thinking about this play long after it ends. Emerging playwrights like Sarah are the future of the theater, which is why I couldn’t be prouder that Amphibian is giving The Pleasure Trials its world premiere.”

The script explores the all too common disconnect between love and desire in a hectic world of demands and pressure in the lives of women. Seeking to create a solution through science, Dr. Rachel Milan and her assistant Callie Young embark on a journey to create a miracle drug that will remove the barriers and inhibitions allowing women to prioritize their passion for their partner like never before. But, what happens when the miracle becomes a reality and the clinical trial must meet the demands of not just the participants, but investors, critics, and its developers?

Led by a female production and artistic team, the project and its creators bring an important perspective to the trials and tribulations of womanhood in the 21st Century. Texas natives, playwright Sarah Saltwick and Director Kara-Lynn Vaeni, will create a world where women examine the doubts, desire, and endless curiosity of sexual potiential when science intervenes in this insightful and entertaining production.

The mainstage season kicks off with a Lone Star crafted world premiere of The Pleasure Trials by Texas playwright Sarah Saltwick. This hilarious and deeply human play follows two women conducting clinical trials on a new female libido enhancement drug. When Rachel and Callie launch the trial, willing participants come out of the woodwork looking for an internal revolution. Quickly after the first dose, the effectiveness of the medicine is undeniable, but the overwhelming pressure for its success may corrupt the experiment and everyone involved. The Pleasure Trials is an insightful and entertaining examination of women, sexual desire, and the burden of meeting expectations.

Wednesday, February 9: Pay What you Want

General admission tickets can be purchased by visiting  amphibianstage.com or calling the box office at 817.923.3012.

For more information, or to set up interviews with Amphibian Stage Leadership, contact Holland Sanders at holland@hollandcollective.co.