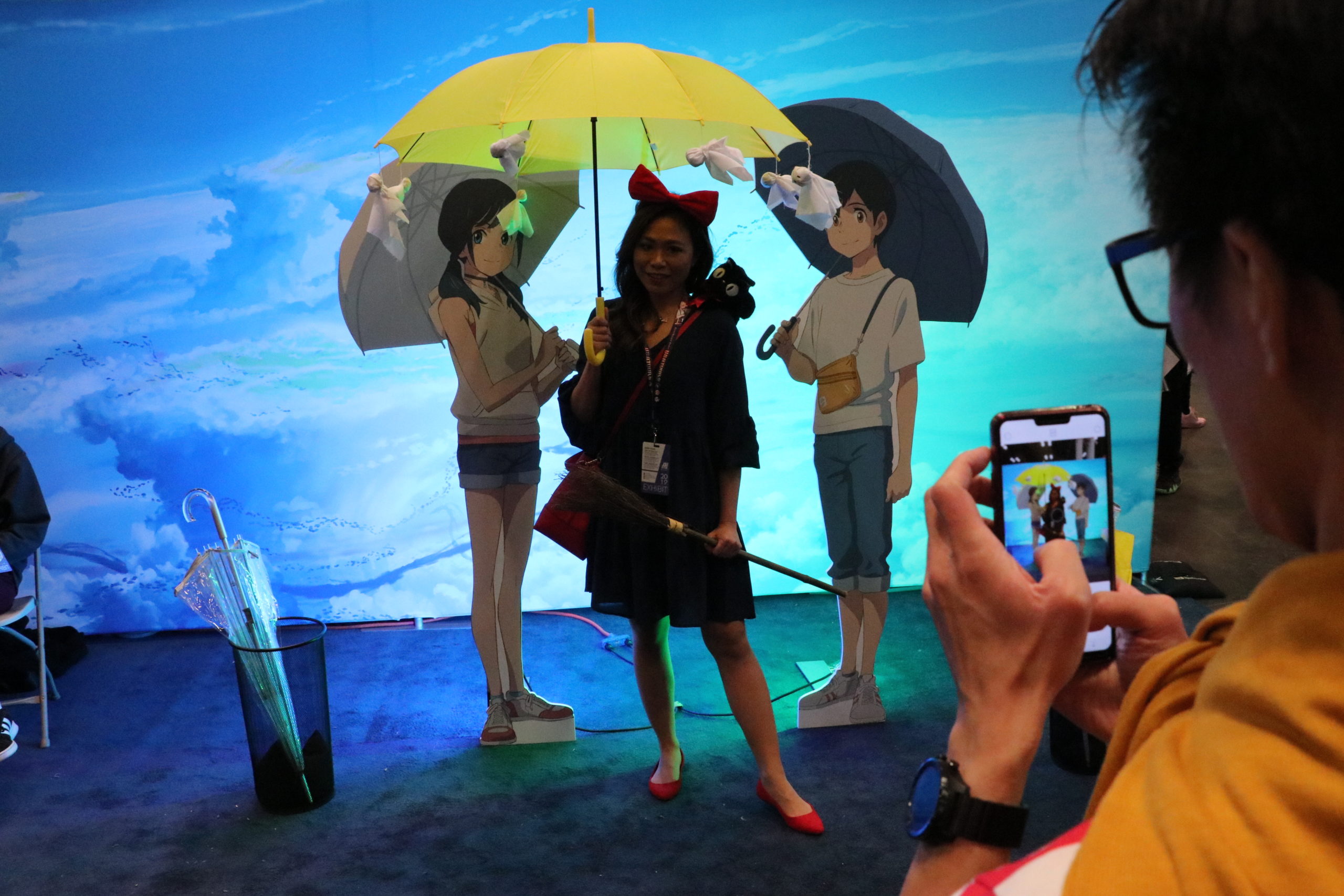 Fort Worth, TX (September 29, 2021) — LeftField Media, creators of Anime NYC, announced today the debut of Anime Frontier Powered By Crunchyroll — a new anime experiential event taking place on December 3 -5, 2021 at the Fort Worth Convention Center. With millions of fans worldwide and many who call Texas home, Japanese popular culture is a major force in entertainment. Anime Frontier’s launch will bring the best and biggest talent and content the Japanese pop culture industry has to offer to the Lone Star State. Unlike many other conventions, Anime Frontier will go beyond the expected and bring leading anime publishers, special guests, and show features from across America and Japan in a three-day event never before seen in Texas.

The innovators behind the second-largest anime conference in the U.S. have big plans for this Texas expansion. When asked about the selection of Fort Worth and the growth of their anime brand, Peter Tatara, Show Director of Anime NYC and Anime Frontier said, “Here in the city where the West begins, it’s our honor to bring the best of Japan and introduce tens of thousands to what’s new, exciting, and cool in Tokyo.

Fort Worth is a perfect representation of American heritage and modern innovation in one amazing community, and we’re deeply thrilled to now showcase the future of Japanese entertainment in its heart. In our seven years of producing conventions, LeftField Media’s fans and publishers have come to expect an experience like none other, and we promise to exceed those expectations with the launch of Anime Frontier.”

He continued, “We will bring one-of-a-kind activations, premiere experiences, exclusive sneak peeks, and so much more, all brought to life by the top industry innovators, creators, and talent. Anime Frontier Powered By Crunchyroll is all about celebrating all things cool in Japan, and we can’t wait to share it with our Texas fans.”

Anime Frontier’s title sponsor is anime streaming platform Crunchyroll. Crunchyroll is the world’s most popular anime brand, connecting a community of over 120 million registered users and 5 million subscribers. Its support is emblematic of Anime Frontier’s place in the anime industry. Fans can expect exciting special features from Crunchyroll and other key brands in the anime and manga space rarely glimpsed by fans in Texas.

Massive Expo Floor featuring 100+ Anime Companies, Publishers, and More — Fans can purchase anime goods and immerse themselves in unique activations directly from the industry leaders and creators, including one of the most popular anime series in the world! More details coming soon!

Meet Your Heroes — Anime fans can meet their favorite celebrity guests in person, snap pictures, and purchase autographs for their collection. This unique opportunity will allow fans to spend a few moments with the English voices from their favorite anime shows, including:

Exciting Panels with Actors, Publishers, Premieres, and More — Attendees will have the opportunity to listen to Q&A sessions with celebrities; experience publisher panels revealing what’s next in the world of anime and manga; and screenings, including never before seen trailers, new artwork, and anime films never before shown in Texas!

Anime Frontier Masquerade — On Saturday, December 4, cosplay takes over the Main Stage with Anime Frontier’s Masquerade. Cosplayers will compete for the chance to win prizes for craftsmanship, showmanship, and of course, fame, honor, and glory!

Originally slated to take place last year in May, the inaugural Anime Frontier convention was placed on hold due to the COVID-19 pandemic. Since event closures and restrictions of 2020, this will be the first large conference of its kind in the region for more than 18 months, and this December, the anime community will once again have a safe, inclusive space to share in their love and passion for all things anime!

“Anime NYC brings together over 50,000 fans and the biggest guests and studios in the Japanese pop culture world. We’re excited to now grow this same experience in Texas. We look forward to creating a gathering place in Fort Worth for fans of anime, manga, cosplay, Japanese music, and more,” said Tatara.

He continued, “Whether you are an existing anime fan or someone who has always wanted to learn more, Anime Frontier has something for everyone. From our incredible cosplayers to our creators and entertainers who will be in attendance, veteran fans and first-timers are invited to explore and connect with our community!”

Stay tuned for additional details, including pop-up and pre-show events before the BIG, three-day weekend. For more information about Anime Frontier Powered By Crunchyroll or to set up an interview with the Anime Frontier production staff, please email Holland Sanders at Holland@hollandcollective.co. Interested members of the media can find further information and apply for press badges HERE.